Didn't Get Enough Points? Neither Did We.

For many young people, today is the day when they can leave off biting their fingernails. Today their Leaving Cert results come through. If you are one of those young people, and your points don’t quite add up, don’t worry. All is not lost. Einstein failed his exams. The list of illustrious people who bombed at school or who didn’t even go – never mind take a test, would be gratifyingly long: Edison, Benjamin Franklin, Darwin, Steven Spielberg, Harry Houdini, to name just a few of many. And then there are the people like me. When at school, I failed every single exam I sat. Sometimes, I just wrote my name at the top of the paper and doodled until a bell rang and a sonorous voice said: put down your pens. I failed school with honours. Nobody failed it better than me. My deputy headmaster at primary school held me upside down in assembly and announced that I was the stupidest boy in the school. Now, I am not Darwin or Einstein – not even a well known celebrity failure like Russell Brand or Stephen Fry. But I’m making a living doing what I like. You can’t ask for much more than that. I turn a few coppers writing stories and plays and music for theatre shows and to make up the shortfall, I do something else I like. I teach drama at Kinsale College.

Kinsale is a further Education College, on top of a hill overlooking Kinsale Harbour. It seems small, but has two hundred and fifty students and I have reason to be fond of the place. The students and the course on which I teach are great fun, and it’s a pleasant and friendly environment to work. There’s a fantastic amphitheatre there, designed on Shakespeare’s Globe, that is the best venue to practice theatre I have ever worked in. The college was started by John Thuillier, who had an unfashionable vision: that education should be fun, artistic, spiritually linked to the earth and sea, and a little bit freewheeling – an agreeable philosophy that lingers on though John has retired. But more than anything, I like the college because it is the sort of place that gave me a leg up in life when I suddenly decided I’d had enough of washing up, fitting carpets and packing boxes, which were my first jobs on leaving school with absolutely nothing by way of qualifications. The only thing I’d ever been good at was art. But I was told that art was useless. Not a proper job. No money in it. No career. A dream that would never come true in reality. Still, when I discovered Northwich College of Further Education had an art course which would take me, naked of qualifications as I was, it didn’t seem a difficult choice. I was great at doodling and I sure as hell wasn’t any good at washing up: the restaurant owner sacked me for talking to customers through a hatch. So I enrolled, sans qualifications, in a further education college, with more than a passing resemblance to the one in which I now teach. After a few months it began to dawn on me that I wasn’t so stupid as I’d been led to believe. I discovered that I was very good at art, drama, music, writing and in a couple of years, to my family’s astonishment – and my own – I progressed from Northwich foundation course to a university arts degree. I went on to work professionally as an actor, director, community artist, writer, composer, and teacher. I’ve always been in work despite the fact that I walked out of those school gates empty handed. In retrospect, I have never used or needed my degree. I could have done all that I have done without going to University. But quite possibly, I would not have achieved much without Northwich further education college.

So if you have woken to disappointment – sure, be down in the dumps for a while. Kick some cans, but not the cat. Then wish those well who have done well and reflect that Leaving Cert points are very far from being the be all and end all of life. They are even further from being the be all and end all of success, as Einstein, were he still around would tell you. And Russell Brand and Charlie Chaplin and the Wright Brothers and Henry Ford. Put a stressful couple of years behind you and look up at the horizons and think, well what is it I really want to do? There’s always other ways to get there and further education colleges like Kinsale might be one of them. 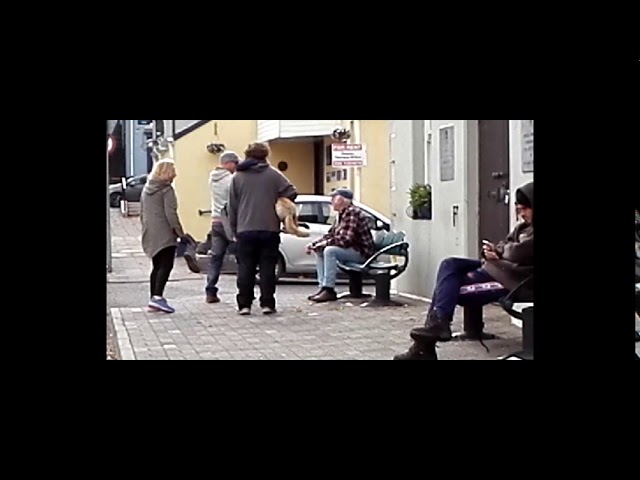